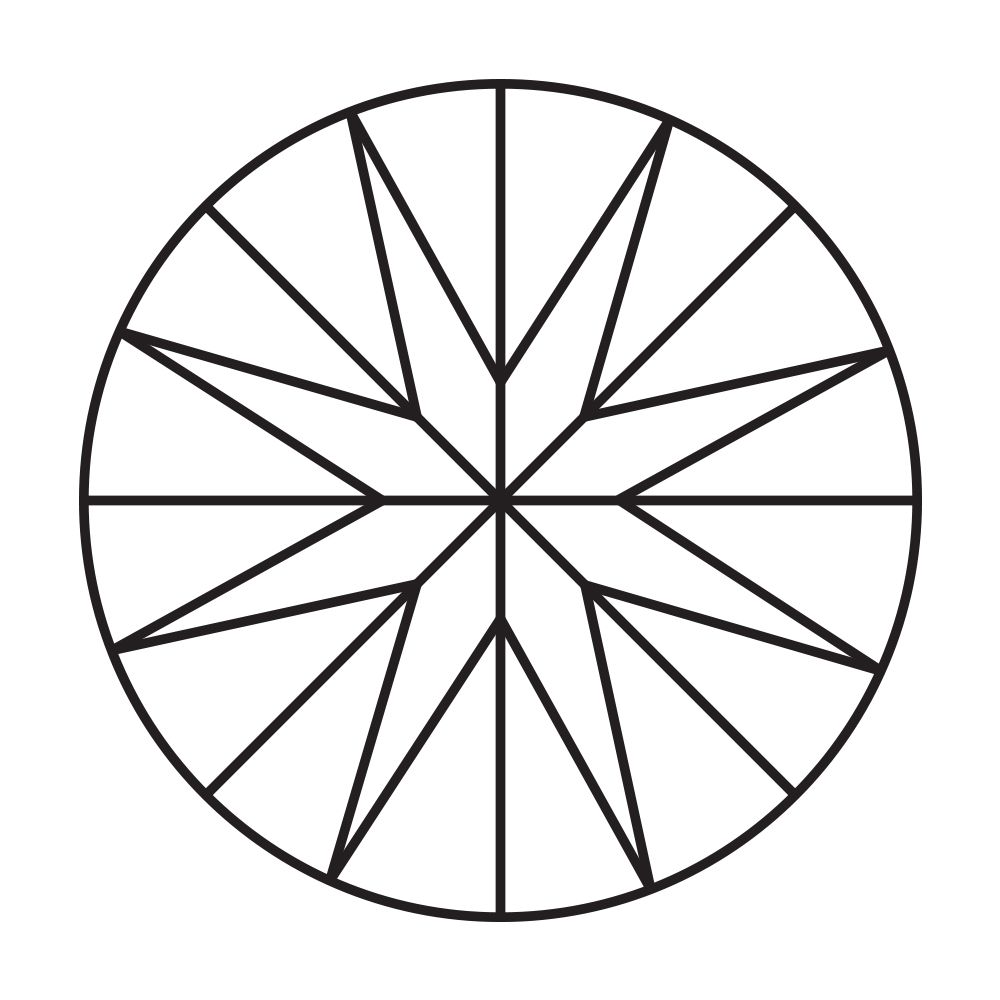 Casey MQ is an artist, composer and producer from Toronto, now based in Los Angeles. Growing up, Casey’s adoration for pop music intersected with his training as a classical pianist. As he aged Casey began to work more closely with electronic music. His inspirations widened as he explored the intersection of classic and contemporary sounds. His writing and production styles uniquely reflect that - marriage of the ultra modern and the timeless.

Casey has collaborated with a range of important artists, including oklou, Pink Pantheress, Christine and The Queens, Flume, Carly Rae Jepsen, Dorian Electra, Girlpool and more. His ability to help artists hone their individual voices, and express them in a way that reflects the moment, is exceptional. Casey is published by Warp.

Casey has also scored numerous feature films that have premiered at TIFF, SXSW, Sundance and other major film festivals.

During the pandemic, Casey co-founded Club Quarantine, a queer virtual club that has hosted artists such as Charli XCX, Tinashe, Pabllo Vittar, Lady Gaga and others.

Casey also releases solo material, most recently babycasey and its remix addendum babycasey: ultra, which saw his boyhood fantasies come to life with whimsy and depth.

Com Truise is the nom de guerre of producer and designer Seth Haley, raised in upstate NY and currently working out of LA. His synth and sci-fi-obsessed records are as infectious as they are expansive. From his breakout EP in 2010, Cyanide Sisters, to his first LP for Ghostly in 2011, Galactic Melt, and his numerous records, remixes and collections to follow, Com Truise has refined his singular style of melodic beat music. Each piece ties together his ideas of synth-wave and slow-motion funk amidst a glowing backdrop of rich, nostalgic pathos.

Though undoubtedly influenced by his parents' record collections and old, faded product design, the Com Truise project doesn't only pull from the past. Hints of Joy Division, New Order and Cocteau Twins bubble up in every prismatic piece, but it's as if they're processed through a waterlogged game console — warped, cybernetic and high-definition. Uniquely, Com Truise sounds both familiar and uncanny, and always handmade.

Drewchin made her full-length debut as Eartheater in 2015, releasing two consecutive albums — Metalepsis, followed by RIP Chrysalis. She then signed to PAN, who released her album, IRISIRI, in 2018. Following IRISIRI, Eartheater released a mixtape titled Trinity on her own imprint Chemical X. Her latest album Phoenix: Flames Are Dew Upon My Skin, launched on PAN in fall of 2020.

In addition to her own project, Eartheater has collaborated with artists from Grimes and Caroline Polachek to LSDXOXO and Yung Kayo. She also composed original work for the contemporary orchestra Alarm Will Sound, and has walked in runway shows for Mugler, Barragán, and Puppets & Puppets. Her music has been used by Mugler, Chanel, Proenza Schouler, Acne Studios and more.

Hayden Dunham (Hyd) is a multimedia artist perhaps best known for their work with the controversial project QT they created alongside SOPHIE and A. G. Cook. In addition to music under their Hyd moniker, Dunham’s work bridges performance, sound and sculpture – assemblages that move from terrestrial to the synthetic, tracking the flow of energy through states of materiality. Dunham has designed experiential works comprising malleable and ethereal materials – silicon, chlorophyll, glass, steam, sound, performance, vapor, light, porcelain, metal, silk and GEL, a substance created by Dunham that appears in liquid and breathing forms. Analogously, Dunham’s practice is both concealed and alive, occasionally rupturing and opening in on itself.

Dunham’s artwork has been shown at MoMA PS1, New Museum, Foundation Louis Vuitton, the Barbican, the Bass Museum, Perez Art Museum Miami among others, while their music has been performed in clubs and at festivals around the world.

Hyd's new EP for PC Music brings together a collective of close friends and frequent co-lab-orators, including A. G. Cook, Caroline Polachek, umru, and Nomak. The music explores what it means to move between forms, inheriting one shape while transforming into another. 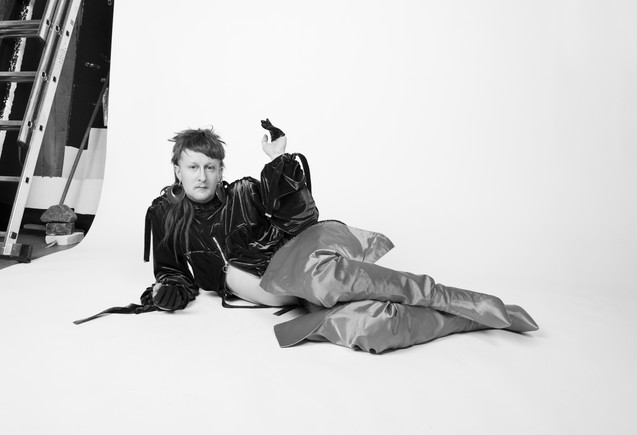 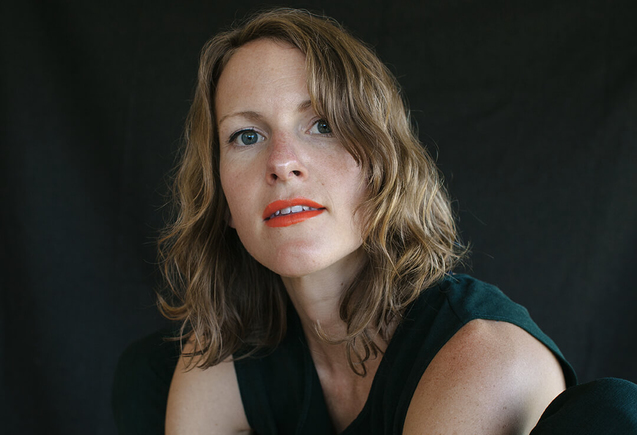 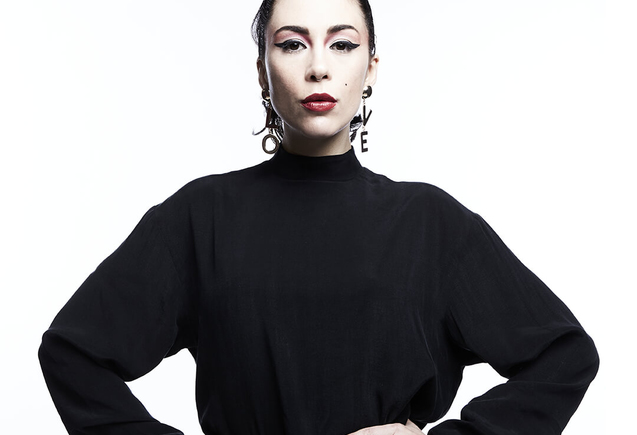 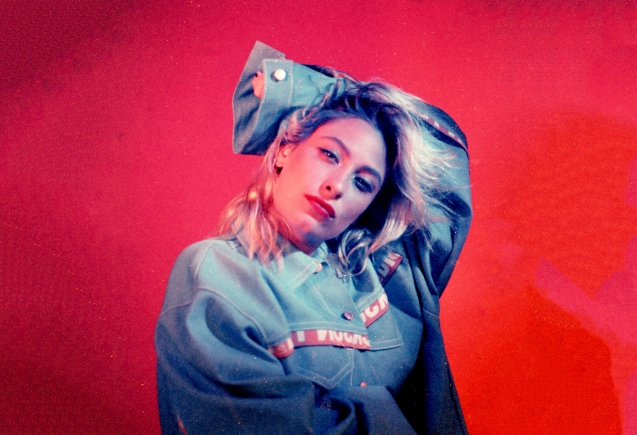